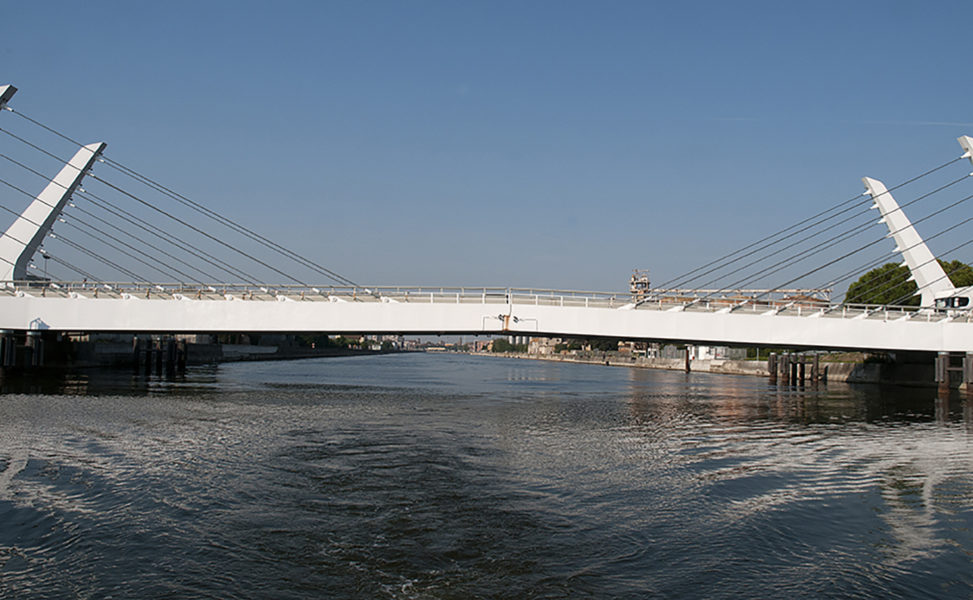 This project is about the urban change in the area of Ravenna Port, on the Italian North Adriatic coast.

The city, located 10 km away, is connected to the sea by the Candiano Canal, (also called Corsini Canal), built in the 18th century.

After the Second World War, the discovery of extensive offshore gas fields promoted the establishment of a number of refineries and petrochemical plants.
In the ‘70s the oil crisis enhanced the commercial purpose of the port, which led steel, aluminium and plastic industries to settle in the area.
In the following years, thanks to the proximity to the sea also small and medium shipyards relocated nearby.

At present all the area is currently undergoing a process of urban regeneration to give value to Ravenna as Porta sul mare (Gate to the Sea).
The project has been named Darsena Città.
Some old warehouses have been transformed in meeting places: the first one was Darsena POP UP, built using 28 shipping containers, which includes a few restaurants as well as space for leisure and sporting activities.
Another interesting place is the Turistic Port Marinara, built a few years ago in nearby Marina di Ravenna, which has plenty of shops, restaurants and apartments.